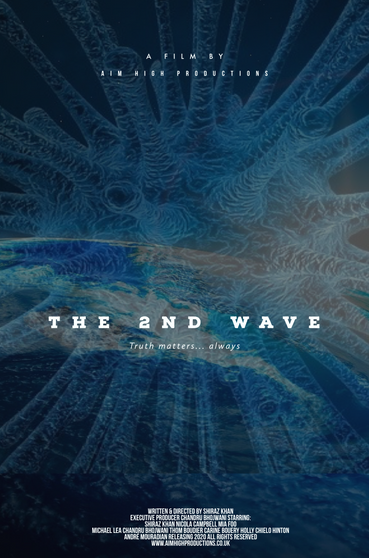 Dr Shaan Ali is a prominent virologist who works for an international corporation. When a global pandemic starts to appear on the horizon Dr Ali suspects that his work has been used to create a pandemic. His investigation and consultations with his colleagues around the world leads him to the murky world revealing the highest levels of corruptions.

The 2nd Wave is now completed and is currently been put submitted to various film festivals around the world.

The film trailer was released in October 2021

The 2nd Wave is a collaboration of some very talented individuals who came together during the Covid lockdown of 2020 to produce a feature.

The trailer for The 2nd Wave

The 2nd Wave is now on IMDB